Dauphin is Without Electricity 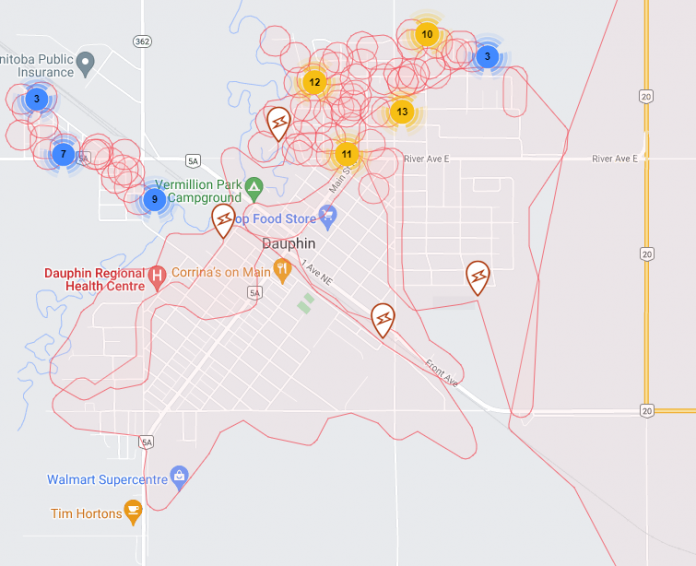 A spring storm impacting Southern Manitoba has closed roads and has thousands of people waiting for the lights and heat to return. Manitoba Hydro reports the City of Dauphin is almost entirely without electricity due to weather related outages. Customers there are only some of the 15,000+ across the province with no electricity.

Most of the rural area from Gilbert Plains to Lake Dauphin and from the Riding Mountain Park to Winnipegosis is also without power. Other large outages exist near Neepawa, South of Riding Mountain, Virden, Brandon and much of the southwest corner of the province.

Several highways are also closed this morning as the storm creates poor driving conditions. They include all highways in the Dauphin area, Russell area, Neepawa area and the southwest corner of Manitoba.