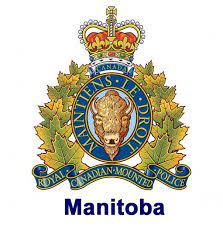 On April 9, 2022, at approximately 12:10 am, Dauphin RCMP responded to a report of a robbery with firearm at a gas station located on Main Street in Dauphin.

Officers responded and were advised that four masked male suspects, one of which was armed with a firearm, had entered the business and approached a member of the staff who was then threatened. The suspects then ran off with a large amount of stolen merchandise.

The employee gave chase and tackled the armed suspect and with the assistance of two bystanders, one of whom called police, held him down until officers arrived on scene. The employee was assaulted in the process and suffered minor injuries. The three other suspects were not located.

The 14-year-old male suspect, from Dauphin, was later remanded into custody on charges including Robbery, Disguise with Intent, Point Firearm, Assault with a Weapon and Uttering Threats.

Genaille Gets One Day for Multiple Thefts