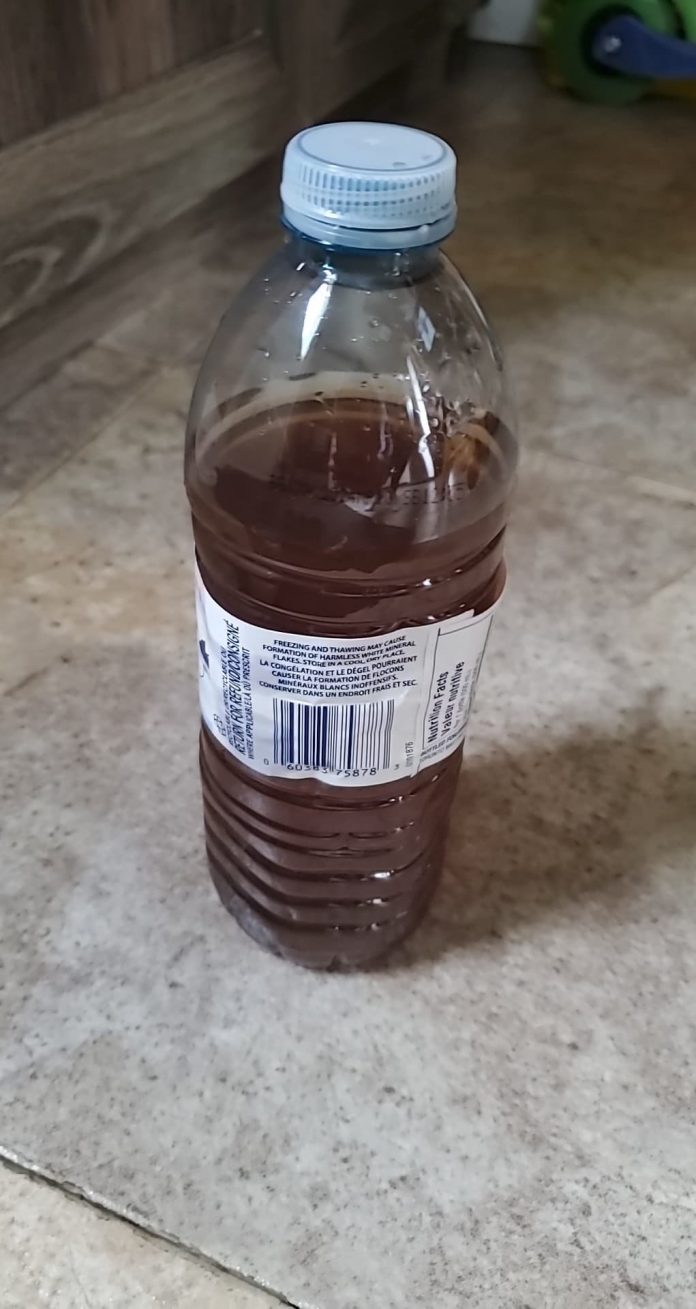 The price of water in Benito is set to increase five fold without any improvement to its quality.  At Tuesday night’s Swan Valley West meeting the majority of council voted to ask the public utility board to increase water rates from $5.74 to $29.36 per 1,000 gallons.  In addition a deficit rider of $5.25 per 1,000 gallons will also be added.

When looking at the total bill for a customer who uses the minimum amount each month the yearly charge would increase from $228.84 to $603.92.  Expressed monthly the minimum fee would jump from $19.07 to $50.32.  A customer using 8,000 gallons per quarter would see a yearly bill of $1,456.92. The substantial increase is proposed due to losses at the utility.

The source of those losses appears to be substantial spending on administration and operating costs plus some capital work.

There are about 200 water customers in Benito.  In 2022 council expects to spend $73,000 on administration.  That means each time a customer receives a bill in the mail it appears to cost $91.25 to prepare, mail and receive payment for the invoice.  The minimum bill is currently $57.21 which means each time council prepares a bill they lose $34.04 unless the customer uses extra water.

Expressed another way, the cost of administration is $35 per hour based on a 40 hour work week.

In 2022 treatment, purification and servicing the supply of water is set to cost $94,000.  Expressed hourly that is $45 per hour based on 40 hour weeks.  If considered by quarterly billing the cost of supplying the water is $117.50 for the minimum amount of 3,000 gallons.  That would mean a loss of $60.29 per minimum invoice issued.

A study was completed to determine the correct new charges for water.  In the study it was reported that there are vast billing issues within the utility and data entry errors.  Averages were used for the study because the amount of water being used could not be accurately determined per billing cycle.

In 2022 council intends to spend $120,000 on upgrades to the water system.  Speaking at an earlier council meeting CAO James Webb stated the upgrades would not improve water quality.  Instead they were to replace a few valves, buy new windows for the water plant and build a new building to stop a mouse infestation.  Including that capital cost the utility is expected to lose $142,000 in 2022.

Previously council approved video inspection of the sewer lines in Benito.  According to former staff that work had already been done and paid for by a previous council.  However, the current council said they could not find the previous work and opted to have the work done again.  That led to a loss of $135,591 in 2020.

Prior to amalgamation it appears the utility did not lose money and the water rates were appropriate.  LUD committee members have spoken at length about the fact that far too much money is now charged to the water utility by council with no justification.  As an example, it is said that only 2 hours a day are used by staff to maintain the system but the labor cost appears to be much higher.

The photo shown with this story is a recent sample of water from a home in Benito. The photo has not been edited, the water is indeed brown in color.

Share
Facebook
Previous articleSwan River Gets $300,000
Next articleRCMP Tell Protestors They are What is Wrong with Canada