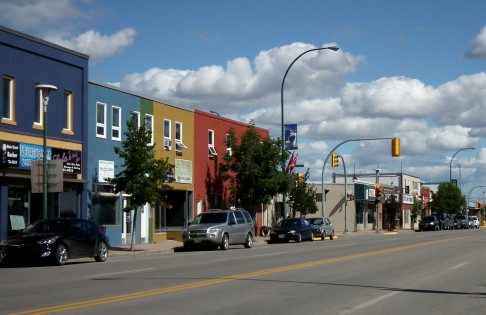 In an update to their solutions to the crime problem in Swan River the town council now says there are as many as 100 homeless persons living in Swan River. As recently as two years ago that number was said to be around 50 people.

The Town says they have met with the Manitoba government and are working on a pilot project that will see people who commit crime in the valley dealt with in a way that prevents further burdening of the criminal justice system. There are not a lot of details presented by the town about that topic.

The Town also says that increasing police protection to 24/7 would mean raising taxes over a million dollars per year. Even just adding three more officers to investigate crime would cost $600,000 per year. Right now Swan River has seven constables.

In the update the town says it is important to keep enforcing traffic rules such as cell phone use despite criticism that such work is taking time away from stopping robberies and assaults.

On the topic of slum lords the town says they are looking into changing bylaws to allow more to be done about run down housing. The town spoke months ago about doing the same thing but has not yet announced any changes.

At a previous town public meeting some members of the public suggested that the only reason the town was discussing the crime problem now was a looming municipal election in October. The new update notes that the town added $50,000 to taxes to address the crime problem but does not yet know how to use the money. A workshop will be held to look for ways to use the money to reduce crime.