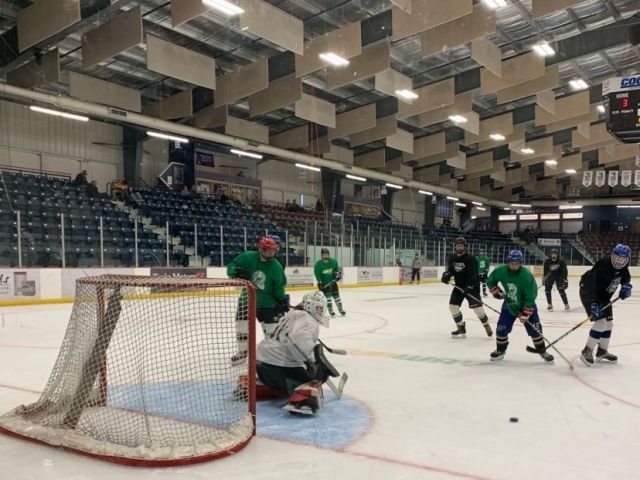 The Town of Swan River says they are considering permanent closure for the Centennial Arena.  That is one of three options presented in a document on the Town’s website that outlines possible futures for the rink.  The document and accompanying survey asks if valley residents prefer to close the facility, spend over five million on retrofitting or spend over 26 million on a new rink.

Many residents say the town is missing a vital fourth option that should be considered – fixing only whats broken and continuing to use the facility.

The option to retrofit the building includes some items that are needed fairly soon to keep the building functional.  For example, the ground around the building needs to be sloped to stop water from running toward the rink.  There are also some concerns about the interface between the seats and the rink itself.

The document says the current pipe and gravel system that provides artificial ice is reaching its end of life after being installed a few years ago.  It does not explain how similar systems in curling rinks throughout the valley have functioned for much longer time frames.

The retrofit proposal also contains numerous items that are more aesthetic in nature.  For example, the document says the roof that was upgraded 20 years ago is in good shape but also suggests it be replaced anyway.  The rink boards are said to be in good shape but the proposal says it is reasonable to replace them when other work is done.  Some caulking is loose around windows – the plan calls to replace all the windows as opposed to replacing the caulking.  Some portions of the outer siding have been dented from lawn mowing and snow clearing, the plan calls for replacing the siding on the lower 10ft of the building to make it look better.

The town says the option of building a new rink is not affordable and will not be considered.

You can find the full information package and the survey on the Town’s website.